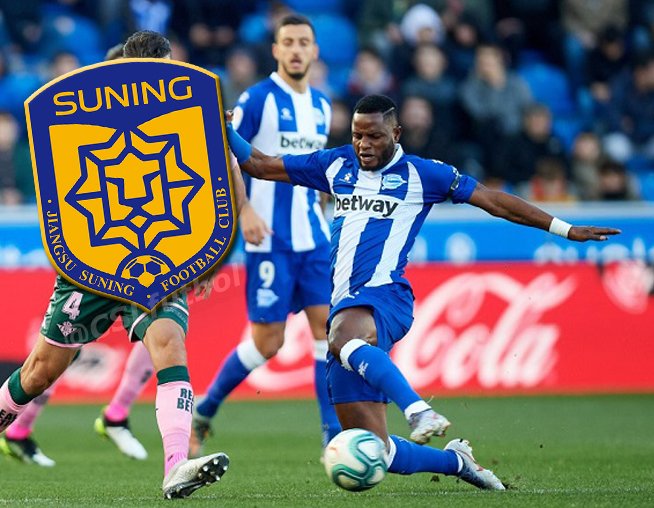 Deportivo Alaves have confirmed that Ghana midfielder Wakaso Mubarak will sign for Chinese Super League side Jiansu Suning if he passes the Asian club’s medical.

The Nanjing-based club is expected to undertake a mandatory medical examination on the Ghanaian either on Sunday or Monday before making the deal official.

Wakaso, 29, joined Alaves in a three-year contract from Panathinaikos in 2017 and has gone on to make over 50 La Liga appearances scoring one goal.

Wakaso has become the second Ghanaian player to recently join Jiansu after Richmond Boakye Yiadom signed for them in 2018 from Red Star Belgrade before returning to Serbia six months later.