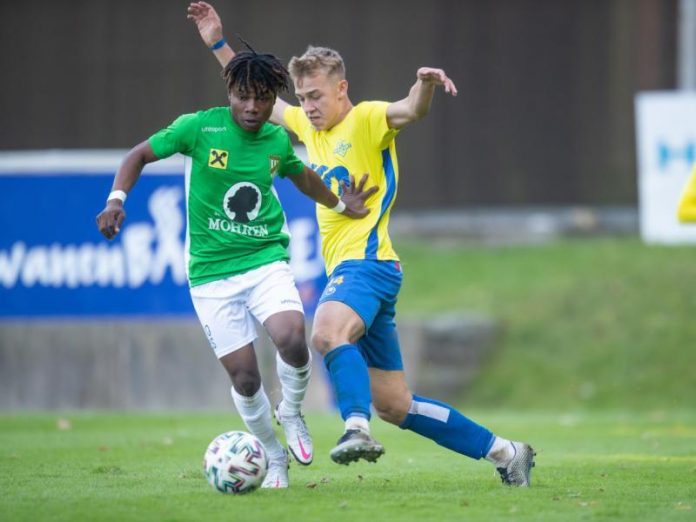 Ghanaian young striker Kwame Ofori scored a screamer for Austria Lustenau II in their 5-2 home defeat to Lauterach in Austria second-tier on Saturday.

After coming on from the bench by the 68th minute to replace Paul Fink, the youngster tormented the visitors defence in their attempt to reduce a 5-1 scoreline but failed on several counts.

However, on 90th minute, Ofori latched onto a pass from a teammate and quickly fired past goalkeeper Nicolas Mohr.

However it was too little too late to stage a comeback in the game and the defeat means that Lustenau II have gone three games without a win.

Ofori has now scored three goals in six league games this season and has promised to hit double figures by the end of the campaign.