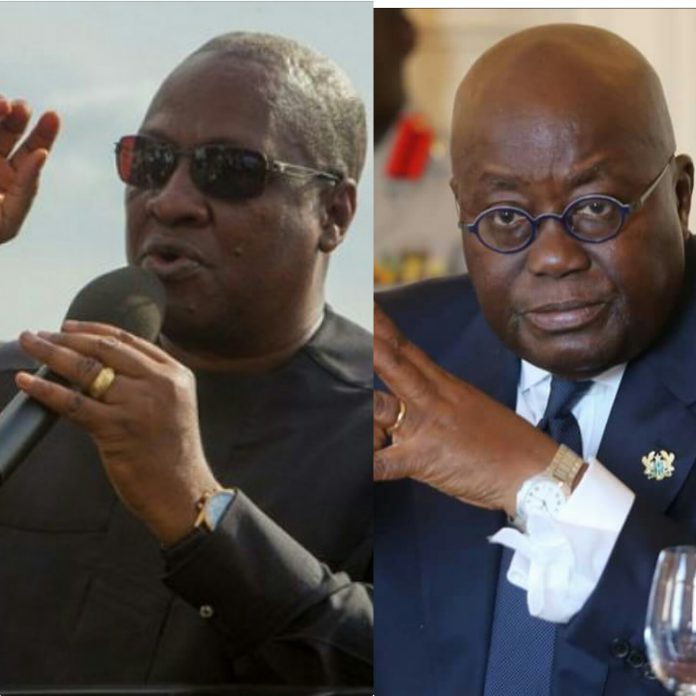 Former Ghana president John Dramani Mahama has advised Nana Akufo-Addo to be wary of the usage of idiomatic expressions during his speeches since it can affect him in the future.

Akufo-Addo, who was addressing audience at the 2018 Annual Internal Audit Conference in Accra on Wednesday, insisted that he and his family are not corrupt despite allegations by the opposition that they are involved in illegalities and added that oppressors want to ‘give the dog a bad name in order to hang it but this dog can’t be hanged.’

This comment has gone viral with a section of Ghanaians tagging him as a ‘dog’ especially on social media and Mahama who suffered same fate following a speech that he is a ‘dead goat’ while in power has advised him to desist from such utterances.

Lessons in Ghanaian politics- don’t use idioms in relation to yourself. They'll stick. pic.twitter.com/HRfp9r2VRL

Mahama is expected to run for the 2020 elections in his bid to win power once again.