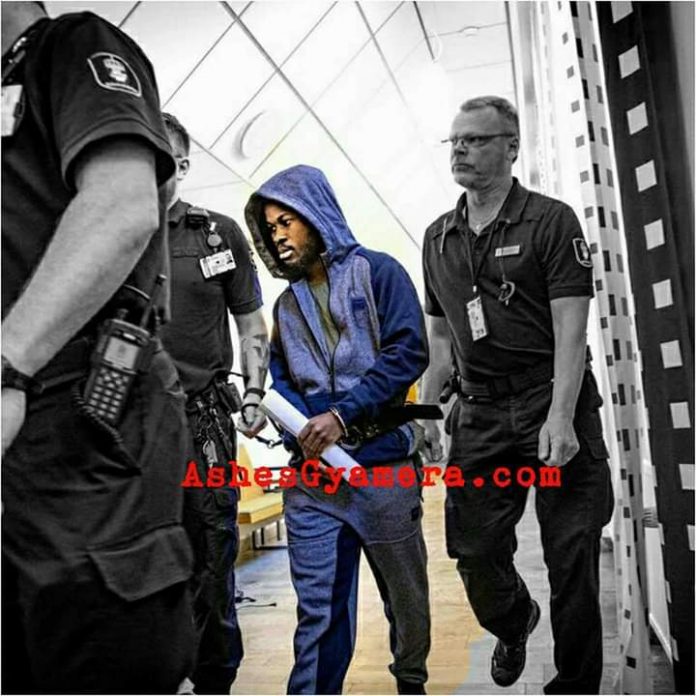 Amid the widespread information on Friday and early showers of Saturday following the unveiling of new players and kits by Asante Kotoko that former Malmo FF midfielder Kingsley ‘Strand’ Sarfo has signed for Asante Kotoko, Ashesgyamera.com can confirm that there is no iota of truth in the reports.

The 24-year-old was sentenced to 32 months in prison in June 2018 after he was found guilty of rape and having sex with underage girls in Sweden and has since been behind bars.

Although, reports suggest his jail term will be reduced due to good behaviour, the player Asante Kotoko have rather signed is Kingsley Owusu Effah who formerly had a stint with Wa All Stars.

“Kingsley Sarfo has not been released from prision and he has not signed with Asante Kotoko so disregard such stories,” Niklas Strand, former agent of the player told AshesGyamera.com.

“Kingsley was superhot everywhere before his problems so people would definitely try to link him with clubs but the fact is that he is in jail for a reason and would take some time for him to even recover when released before he can think of returning to the field,” he added.

The former Anokye Stars and Golden Boot Academy graduate became the second player from Ghana to be jailed in Sweden after midfielder Kwame ‘Conte’ Bonsu who later joined Kotoko before his move to Esperance de Tunis earlier this month.

Sarfo, who almost naturalized for Sweden, made his international debut for Ghana against Uganda in the 2018 Fifa World Cup qualifiers. He was highly tipped to be part of Kwesi Appiah’s squad for the Africa Cup of Nations held in Egypt last month before the unfortunate incident.