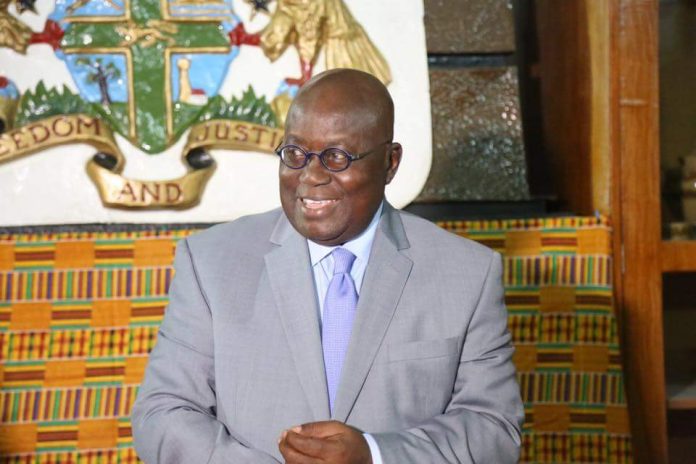 Ghana president has attracted several backlash from a section of Ghanaians especially the Minority, after he promised one of the world’s powerhouse United States that Ghana will do everything possible to help them fight terrorism.

According to Akufo-Addo at the National Governors Association Winter 2018 meeting, his government is ready to support Donald Trump’s administration to curb terrorism but some Ghanaians in a sharp contrast has hit out at the president because they believe he hasn’t done enough at home to solve the insecurity in Ghana.

However, the Minority believes many Ghanaians have been sleeping in fear recently, especially this week, after two robbery cases were recorded in the nation’s capital with one Lebanese being shot dead in the process while the killers made away with his $45,000 which he had withdrew from the bank few minutes before the incident.

“Even our own domestic armed robberies, the number one thing that Ghanaians are crying about, runaway anarchy in the country, lawlessness in Ghana, today Ghanaians cannot sleep, Ghanaians’ security has been compromised, people are complaining all over, armed robbers are sacking and killing people all over the place, you [Akufo-Addo] have not finished that one and you are going to help America to fight terrorism,” Minority Spokesperson on Communications, A.B.A. Fuseini told the radio Class FM’s Parliamentary correspondent.

“My brother, it is enough to say that everybody can cooperate in the fight against terrorism but don’t go and tell them as if Ghana has the capacity to help them when even on our own shores, our own domestic crime is souring into the high heavens …charity begins at home, you haven’t finished with Peter, you are going to ask Paul to come and join the fight.

“Let us do our own thing first, you must first catch the mad man before talking of shaving him.”

According to reports, the deceased Lebanese was going to use to pay his workers and settle other bills and debts since the month of February had come to an end.

AshesGyamera understands that Ghana Police Service has advised Ghanaians to always seek the escort of the police whenever they’re going to cash a huge sum of money.