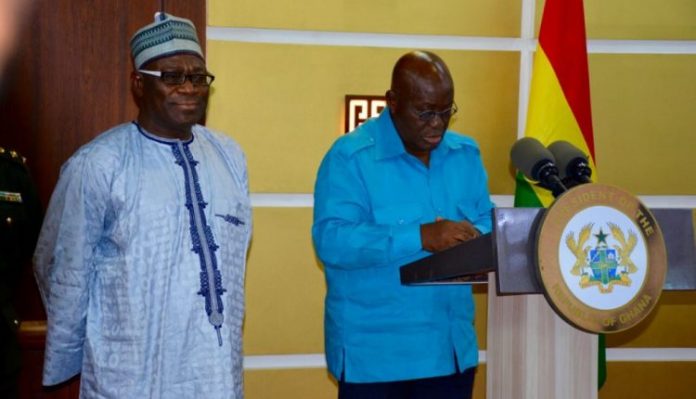 The Upper West regional Minister Sulemana Alhassan has been suspended by the President Nana Addo Dankwa Akufo-Addo with immediate effect.

A statement by the Director of Communications, Eugene Arhin stated “The President of the Republic, Nana Addo Dankwa Akufo-Addo, has suspended, with immediate effect, from office, the Minister for the Upper West Region, Alhaji Sulemana Alhassan, pending the outcome of the investigation into the unfortunate incidents that occurred at the premises of the Upper West Regional office of the National Disaster Management Organisation (NADMO), in Wa, on Wednesday, 31st January, 2018.

“President Akufo-Addo reiterates his commitment to the application of the laws of the land, which must occur without fear or favour, affection or and without recourse to the political, religious or ethnic affiliations of any citizen of the land.”