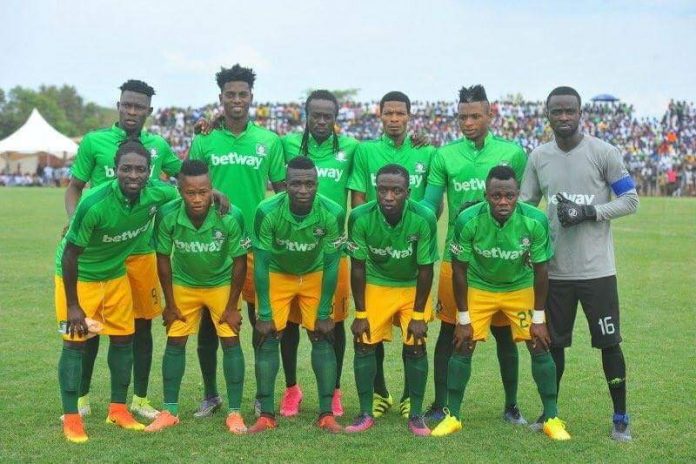 Of course, football would be nothing without emotion, as the duo were caught in a heated argument which resulted to a serious fight

Aduana Stars striker Derrick Sassraku and midfielder Elvis Opoku were involved in a training grounds bust-up on Saturday ahead of the return leg against Algerian side E.S Setif, AshesGyamera can confirm.

The incident, according to our sources, happened after a rush-tackle from Stephen Anokye Badu on winger Zakaria Mumuni but Sasrasku stood behind Badu despite concerns from other team-mates, insisting that it wasn’t intentional but Opoku comments afterwards saw tempers flare off the field before things went from bad to worse, although, other teammates tried to step in as mediators.

According to reports Opoku was rushed to the Presbyterian General Hospital in Dormaa Ahenkro after Opoku suffered minor cuts and damage to his teeth.

However, it is unclear if Opoku can recover on time to be part of the club’s 18-man to travel to Algeria for the return fixture of the Caf Champions League last qualifying round since he must pass late fitness test by the club’s medical team.

AshesGyamera has tried to contact the management of Aduana but all efforts have ended up fruitless as the club is not ready to comment on the issue currently.